Passive aggressive behavior is a real silent killer. People who engage in this defense mechanism are often insecure with themselves after years of mental anguish. Don’t blame them for their nature, but learn how to protect yourself accordingly.

Rationalization is the key word when dealing with passive aggressive people, because that is the one thing that passive aggressive behavior aims to accomplish. She can't stop making excuses for her behavior, and she is unable to take the blame for anything. People are searching for a way to project their insecurities without any consequence. A passive aggressive personality is disguised hostility. Sometimes you won't even know what hit you until she is out the door. 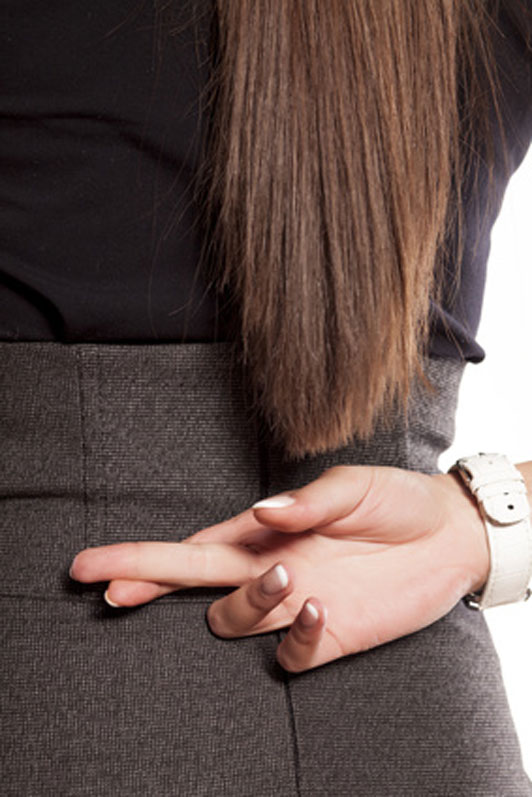 Dishonest behavior is common among passive aggressive people. Call them out on their dishonesty and they will get defensive and resent you for it.

The victim complex occurs when someone is always the victim and is never guilty of wrongdoing. They are quick to point fingers but rarely take responsibility for their actions.

Procrastination is a game best played by passive aggressive personalities. Make them accountable for their responsibilities or they will keep putting things off until the last minute.

4. Can't Give a Straight Answer

Passive aggressive behavior is to deflect questions to best suit their own intentions. If they don't like a question, they will ignore it. If it doesn't serve them, they will give you a vague answer.

5. False Sense of Self

People have big egos sometimes. Passive aggressive individuals cannot handle criticism though, and they will do anything to avoid it. They create the perfect image of themselves.

She constantly shows up late, or not at all. Her time commitments mean nothing to her. She is petty and repays you by wasting your time often.

7. Always Needs to Be Right

She always seems to get the last laugh. The problem is that, laughing at the expense of others will eventually drive everyone away from you in the end.

1. Honesty is Not a Virtue to Her

Since passive aggressive behavior can't rely on open hostility to get what they want, they have to go undercover. These covert operations are hard to pick up to the unseen eye, because their intentions are hidden and dishonest. Not only is her behavior dishonest, but her words are dishonest as well. Passive aggressiveness can be spotted in a number of ways, and lying is one of them.

If her actions and words don't match up, then consider playing her by her own game. Passive behavior is what works on dealing with passive aggressive behavior. Getting emotional and showing your irritation will only continue their behavior or even make it worse. Next time she lies, call her out on her lie. But remain emotionally indifferent, like it doesn't matter to you at all.

2. Always Makes Herself the Victim

Passive aggressive behavior manifests itself in the form of the "victim complex". Have you ever known anybody so selfish that she can never seem to take responsibility for her actions? She always feels the need to point out others' mistakes, but never her own. When she does, she is quick to blame others. When she is the victim of any negative experience, she will let everyone else know about it immediately. Conversely, she keeps reminding you of her status as the victim and how she can never do no wrong.

The solution to someone with the victim complex is to let them be the victim. If she wants to blame you then let her blame you. Feed her victim complex, in fact. Exaggerate her claims, and even poke fun at her a little bit. Her claims sometimes seem so outlandish, that you are going to make her realize just how ridiculous she sounds sometimes. By agreeing and enforcing her behavior, she will see the error of her ways herself.

3. Leaves Everything Until the Last Minute

Procrastination is a classic sign of a passive aggressive female or male. If you want to know where someone's head is at, give them something to do and a deadline and see what happens. People can be lazy, but more often than not they just feel angry about something and need to let off their anger in some indirect ways. Often this will lead to people leaving off important things until the last minute. This is a clever way to make others irritated while also leaving themselves off the hook with a prepared excuse beforehand. In fact, making excuses is the number one pastime of people with passive aggression.

Put Out the Fire Before it's Too Late

This passive aggressive behavior is tricky to handle. More often than not a direct approach works. If you have a clearly defined date in mind for something, then ram it down her throat so that she remembers. If she looks for excuses, make it absolutely clear that you gave her every opportunity to do something on time and that there is no excuse for it to happen again.

Is there anything more annoying than someone who constantly ignores your questions? I understand that occasionally our questions don't deserve an answer. But consistent passive aggressive behavior like this shows that the person doesn't respect you or has hidden hostility. Ignorance is a good way to show someone that they mean absolutely nothing to you. This is why you entertain even the dumbest of questions always, even if it means they never stop talking.

If you know anyone who ignores your questions or can't seem to give a straight answer for the life of them, then follow up; indirectly of course. If the question can be asked at a later time, then have it on your mind until the right opportunity. Someone can only keep ignoring the same question until it starts to irritate them to the point of snapping. Sometimes by giving them a taste of their own medicine, they will stop doing the passive aggressive behavior to you.

5. A False Sense of Superiority Covering Up Insecurity

Passive aggressive people typically have massive amounts of undiscovered insecurity about their past. Passive aggressive behavior in relationships is quite common especially among narcissist boyfriends who think that they are hot stuff. This is why they often act out in socially unacceptable ways to get whatever they want. If they cannot seem to take responsibility, and look down on you at every opportunity, it could be time to part ways. Some people are so far gone in their passive aggressiveness that they cannot be helped.

More often than not, a hostile person with passive aggressive tendencies will make you wait on them. Instead of telling you what's wrong, they engage in small passive aggressive behavior acts that will leave you frustrated after the fact. After showing up late, she apologizes frequently. Yet she keeps repeating the behavior over and over again. She can't help it, she's angry. She is either angry at you, someone else, or the world. She knows little courtesies like apologizing will get her out of uncomfortable territory with you, but her apology is not genuine. This kind of person cannot be rationalized with. You either accept it, do the same kinds of things to her, or rise above it. Just understand the fact that her words don't match up with her behavior, and come to expect dishonesty from this point forward.

7. She Always Needs to Have the Last Laugh

She's never happy, but she is just a little bit happy to have pulled the last passive aggressive maneuver at the last minute to project her insecurity onto you. And it frustrates you to no end afterward. You can't stop thinking about it. This is what she was aiming for. And she will continue doing it if it gets her the things she wants. That backhanded compliment before you two split apart left you at a loss for words but it makes you want to call her and scream at her at the top of your lungs afterward. But how important is having the last word, or last laugh, or last anything for that matter? You can eventually have the last laugh at any time by ignoring her passive aggressive behavior.

Posts Related to 7 Hallmarks of Passive Aggressive Behavior: The Silent Killer That We Thought You Would Like: Staff Picked Interesting Articles Worth Reading

Dealing with passive-aggressive people is a pain in the you-know-what. We all have people in our lives who know how to push our buttons in a subtle way. But don’t give up hope, there is a way to keep certain people in your life without sacrificing your sanity. With this essential guide, learn to tactfully diffuse any indirect hostility thrown at you by keeping a level head.

The Silent Treatment: How to Use It and How to Deal with It

Using the silent treatment is never really fair, but that doesn’t stop people from using it. If you would like to know how to use it to your advantage or what to do when it is used against you, read the tips we have gathered for you. These will prepare you for the unforeseen situations so you will react properly.

←Previous Intrinsic Motivation: 7 Things That Will Motivate You More than Money
How to Make Your Own Homemade Air Freshener without Chemicals Next→