6 Differences Between an Unhealthy Relationship and a Healthy One

How to Know You Are in an Unhealthy Relationship

Some people think that they just can’t notice the signs of an unhealthy relationship. In some cases people just feel like there is something wrong, they can’t really put their finger on the source of the problem. Although all relationships are different, there are some signs you are trapped in an unhappy relationship that can be found in most toxic relationships. All you have to do is to become somewhat detached so that you will be able to assess your relationship objectively and decide whether or not it is working for you. This is something that only you can do, even though the people around you are trying to help. 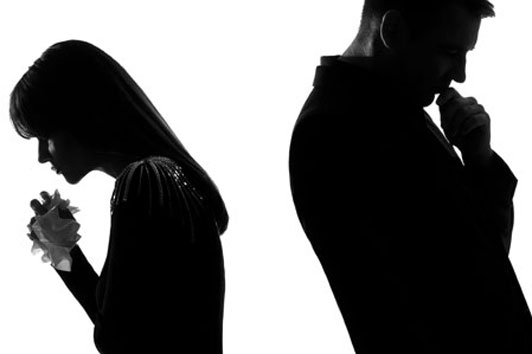 1. Your personal growth is stunted

Normally relationships help people grow as a person and to improve their skills. However, if you are in an unhealthy relationship, at one point you might realize that your growth stopped a long time ago and you may feel like you were stagnating for most of your life.

2. He is sucking the life out of you

One of the most common signs of unhealthy relationship is not being able to communicate efficiently. You may hear each other, but nothing seems to make sense anymore. In many cases you just hear the other person, you don’t actually listen.

4. Every day is a new argument

A relationship is defined by the way the partners handle disagreements and arguments. If you can’t remember a day you didn’t fight, you should see it as a red flag. It is time for you to reassess your relationship and decide whether or not you can still put up with it.

It is somewhat normal for a romantic relationship to be defined by a struggle for power. Nonetheless, this doesn’t mean that one of you should have more power over the other than they have over themselves. Keep in mind that people have as much power over you as you give them.

6. You stopped looking to him for support

You should ask yourself “am I in an unhealthy relationship” if you realize he isn’t your rock anymore. Your partner is supposed to be the person you turn to when things go south or when you simply need someone to listen to you. If you don’t have this in your relationship, what do you have left?

So, which are the unhealthy relationship signs that you should be looking for? Some of them are subtle while others are simply screaming at you.

1. Your personal growth is stunted – there is no more room for you

2. He is sucking the life out of you – just like a leech

Although you may have never heard about them, you should know that emotional vampires do exist. When thinking about unhealthy relationships, you should imagine being with a person who simply seems to steal all your energy and happiness. You can know that there is something wrong if you have to struggle to make the relationship work, which, in turn, will leave you feeling tired and drained. After a while you simply won’t be able to do it anymore and that is the point you realize you have wasted all that time in something that’s simply not worth it.

When making a comparison between healthy and unhealthy relationships, remember that a healthy relationship will give you an ego-boost, it will increase your self-confidence and it will fill you with energy. If you feel like it is hard work to keep the relationship going, you can be sure that there is something wrong with it. Furthermore, the work wouldn’t be as hard if the both of you were trying. Is he trying? Or is he just enjoying the results of all your hard work? These are some questions you will have to ask yourself sooner or later.

3. Miscommunication is common, leading to disaster

When was the last time you had a meaningful conversation with each other that didn’t end in a fight? One of the signs of unhealthy relationship is not being able to communicate efficiently. You might think that he understands what you are saying and he might think the same, but you never make the effort of communicating clearly. Don’t forget that communication is a two-way street, which means that you both have to take part in it. Otherwise it will be impossible for you to make sense of all the nonsense you are both saying. At some point you might realize that you don’t even know what you are saying.

4. Every day is a new argument – always back to the same routines

Psychologists say that a relationship is defined by the way the partners handle conflicts, blaming, fighting, and lack of forgiveness. If these sensitive aspects aren’t handled properly, it is recipe for disaster. If you see the unhealthy relationships signs, you have to remember that if the other person is being unreasonable, it is no excuse for you to behave the same way. Arguments work just like finger traps: the more you try to pull on your side, the more you both get stuck in the situation. Instead of continuing the argument, you’d rather think about how to leave an unhealthy relationship.

If you tell your partner that you are going to leave him, you can expect him to make it difficult for you. Most probably he is unhappy in this relationship as well, but he doesn’t know it yet. In case you are serious about leaving an unhealthy relationship, you should make sure nobody will be able to change your mind. Remember that this is a permanent change and once you leave the relationship behind, never look back. You will be happier than ever before as you will feel free again.

Specialists claim that all relationships are a mild form of struggle for power. Nonetheless, you shouldn’t use this as an excuse for your behavior. You should ask yourself “am I in an unhealthy relationship” if you feel like your partner has more power over you than you do. Nonetheless, we have to add that this isn’t entirely his fault. People only have as much power over you as much you give them. This means that at one point you allowed him to have power you and from that point there is no turning back.

If you lose power in a relationship, most probably your partner won’t respect you anymore when you say no. It is one of the signs of a unhealthy relationship if a person’s will isn’t taken into consideration by the other person. Do you guys do things you want to or is it always what he wants? Actually, there is one important question you will have to ask yourself: are you happy with this relationship? Do you think it is good for you? Do you think he is good for you?

6. You stopped looking to him for support – he stopped being your rock

Things will change – that’s what unhappy people always think, but the truth is that they don’t really. Even if you keep telling yourself that this is just a phase, how long has this phase lasted?

Posts Related to 6 Differences Between an Unhealthy Relationship and a Healthy One That We Thought You Would Like: Staff Picked Interesting Articles Worth Reading

Healthy Relationship: 17 Ways to Be the Couple That Stays Together

Narcissistic Relationship: 7 Ways to Tell You Are with a Narcissist

Healthy Body Healthy Mind: 5 Things for a Happier and Healthier You

In this essential life-skill guide you will find what you can start doing right now to achieve an enhanced state of well-being. You can choose to sit on your couch all day and munch on potato chips, but this lifestyle will catch up with you later on. A well balanced life is essential to remain youthful and productive. Be comfortable in your own skin with steps toward a healthy body, healthy mind.

←Previous Do Guys Like Tall Girls? The Truth about Guys’ Height Preference
How to Trust Again After my Heart Has Been Broken Many Times Next→