What Types of Dreams Are There and How to Interpret Them

If you have been trying to figure out what you dreams mean and if they are sending you a hidden message, then by all means read this article on dream meanings, types of dreams, and symbolism within dreams.

Learn about the meanings and types of your dreams

Dreams have always been a topic of interest, and virtually all cultures have their own views on dreams and their interpretation, as well as their power and significance. In many ancient cultures, there were special orders of priests dedicated to interpreting dreams, who were highly respected. 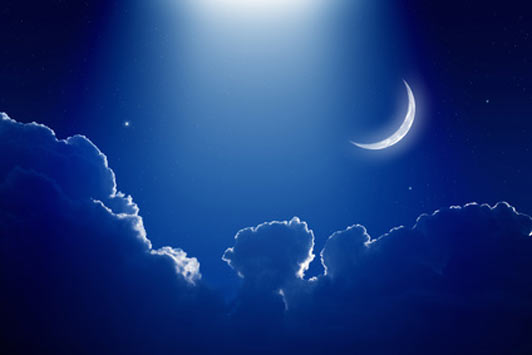 Much attention has been given to dreams in modern times too, ranging from leisurely searching through dream dictionaries, to scientific research in fields of psychology and neuroscience. In both cases, we are searching to find out what do dreams mean.

He Told You He Had a Strange Dream about You but You Have No Idea What That Means? Get into the Interpretation of Dreams Art and Find out How He Feels about You

Everyone knows the feeling after waking up from a particularly powerful dream. It makes us wonder if we should infer something from it, especially if it's the kind of dream one does not immediately forget. Dreams leave us with a wide variety of emotions and impressions, some pleasant, others quite disturbing. There have been many theories on the origins of dreams and their function, as well as different psychological views on how they should be interpreted.

Today, the predominant explanation of the biological function of dreams is that our brain uses our time asleep to sort through the huge amount of information we acquired during the day. As a side effect, we have dreams. However, many cultures have their own interpretation of dreams. In their explanation, dreams serve no biological function at all, but are means of communication, be it with the divine, or with the dreamer's inner self. Ancient Greeks built temples where they practiced_ incubation_, which is sleeping inside a temple to have a dream in which they could communicate with the gods, or be cured of an illness. Traditional Chinese philosophers also wondered about dreams, particularly about how we know that we are dreaming or that we are awake. They phrased it like this: A man once dreamed he was a butterfly. He flew around happily, and didn't remember anything about the man. Then he woke up, and realized that he was indeed still a man. So, did the man dream he was a butterfly, or is the butterfly now dreaming that it is a man?

Not all dreams are the same. Some we remember for a long time, others we don't remember having. Dreams can leave us with an ominous feeling, or make us happy, or don't influence our emotions at all. Listed below you will find 10 types of dreams. 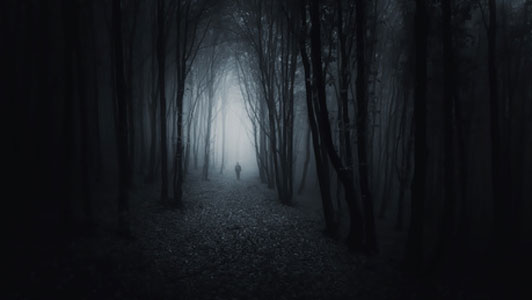 To start off with the worst: Statistics show that women are twice more likely to have nightmares than males. Research has also found that when it comes to violence, men and women are equally likely to dream of it, with the difference that men dream about physical violence, while women more frequently dream of verbal abuse.
Nightmares can be caused by post-traumatic stress, or by being in an unhappy relationship, or fear of an upcoming event.

These dreams are well known to those of us that need to get up early. You hear the alarm go off, drowsily tumble out of bed, find your way to the bathroom, brush your teeth and get dressed, just to wake up in bed again, already late.

This is a type of dream where the dreamer knows he is actually sleeping. In most cases, people wake up upon realizing they are just dreaming. If the dreamer does not awake, he can then actively participate in his own dream, manipulating the situation as he wishes. However, this does not come easily and takes a lot of practice. There are numerous books and web pages dedicated to perfecting this skill, and much research has gone into lucid dreaming.

These are the dreams you have multiple times, either consecutively or over a period of time. It is mostly the same scenario or theme, with slight changes. This may happen if the source of the dream (a life situation, or inner conflict) is not removed or recognized. Once the source is removed, the dream will go away.

These type of dreams seem to continue as sequels, over a period of time. They are mostly focused on solving a problem or exploring various approaches to a situation.

These dreams are focused on problem solving. They are the result of your brain continuing to think about an issue even after you're asleep. One recent interesting example was Paul C. Fisher, inventor of the Fisher Space
Pen, which is a modification of the ballpoint pen improved to work in space. He struggled for a long time to figure out the way to modify the ordinary ballpoint pen to work without gravity, until he actually had a dream which brought him the solution.

Some dreams appear to be foretelling the future. One rational explanation for this is that, similarly to signal dreams, our brain keeps processing information and pieces together the most likely scenario. This way, the subconscious mind figures out the likely outcome or development of a situation before the conscious mind reaches the same conclusion.

These dreams are an early warning to the dreamer about the state of their health. Research suggests that people suffering from asthma or migraines tend to have certain kind of dreams prior to an attack. This is the body's way to communicate with the brain and warn it that something is not right before actual symptoms appear.

Everyone has at least one of these dreams in their lifetime. These dreams are so powerful, so vivid, emotional and memorable, that you cannot ignore them. They are usually remembered in great detail, even years later. They contain a lot of archetypal symbolism. After having such a dream, the dreamer feels as if he had gained some meaningful insight.

Yes, these count as dreams as well. They typically occur during the day, when one might get carried away by imagination. The average person daydreams about 70-120 minutes each day.

What do men dream about? Do men and women dream differently?

Dream dictionaries. There are various online dream dictionaries in which you can look up a symbol from your dream and decipher its meaning. Not all dictionaries give the same definition of a symbols so you might want to look around for a meaning that feels right to you. After all, none of the meanings assigned to symbols should be regarded as set in stone and should be taken within both the context of the dream and the dreamer.

Posts Related to What Types of Dreams Are There and How to Interpret Them That We Thought You Would Like: Staff Picked Interesting Articles Worth Reading

Recurring Dreams: What These 9 Dreams Reveal About Your Secrets

Your dreams define your subconscious mind. All of your hidden feelings, desires, and secrets are stored in your subconscious. Someone well-versed in psychology can find out your secrets just by interpreting your common recurring dreams. Recurring dreams are your most memorable fantasies or nightmares. You keep having these same dreams for a reason.

How to Have Stunning Lucid Dreams: Make Your Fantasy a Reality

Ask yourself now: “am I dreaming?”. Now get yourself into the habit, and you are paving the way for a future filled with lucid dreaming. Lucid dreams are dreams you can control and write your own story in your mind. It’s like writing your own novel, but inside your mind. Anything goes in a lucid dream. Make your fantasies a reality.

What Does My Dream Mean? 6 Confusing Dreams Finally Explained

The meaning of your dreams can be interpreted as a number of things depending on the timing of your dream and where you are in your life. These are six of the most highly debated dreams that almost everybody dreams about at some point in their lives. Don’t be left in the dark without knowing what these dreams really mean to you.

6 Vivid Dreams that Seem Even More Realistic than Real Life

Are your dreams so real where you have a dream inside of a dream? You can’t tell the difference between real and fantasy anymore. The only way to be able to separate your vivid dreams from your real life events is to take careful notes. Sometimes vivid dreams can be a good thing, sometimes not if it’s a nightmare.

Follow Your Dreams: 7 Tips to Achieve Your Dream and Do Great Things

In order for you to follow your dreams you should do what you love. Nobody ever said that your road is going to be easy, but you have to keep in mind what you are working for and be ready to make sacrifices in order to achieve your dreams. In the end the results will make it all worth it. Just do not look back.