There are numerous different answers to the question how do you make your boyfriend happy. However, you should know your boyfriend well enough to be able to decide what would really make him happy and to make him forget about his problems.

How to Make Your Boyfriend Happy with You

In movies and the media women are often portrayed as moody creatures, but you should know by now that men can be just as moody. When your boyfriend is in a bad mood, you might want to know how to cheer up your boyfriend. If you know about the things you can do to cheer up, you should know that most probably the same things would cheer him up as well. Naturally, there might be some specific things he likes that you could use to brighten his day. Just think about all the things he likes and incorporate them in your plan. 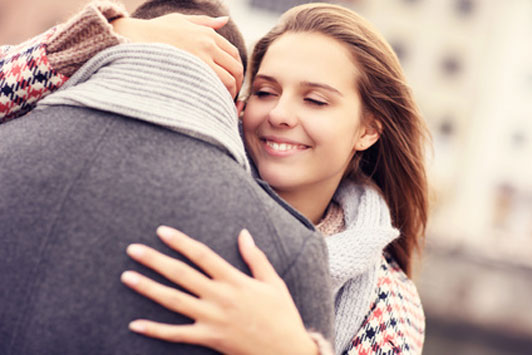 How to Cheer up Your Boyfriend

If you are wondering how to make your boyfriend happy, you should know that men like getting gifts just as much as women; the only difference is that they don’t show it.

2. Go on a picnic together

If you have seen any rom-coms, for sure you know there must be a scene with a picnic. People might think this is a cliche, but the truth is that it is seldom adopted in real life. Why not turn a regular dinner into a romantic picnic in the park?

When looking for ways to cheer up your boyfriend, you should know that sometimes you don’t have to do anything special, just listen to him. For sure he has some worries and frustrations and needs a good listener.

4. Snuggle up and watch a movie

In case your boyfriend is under a lot of stress, the best way for him to unwind might be to watch a movie with you. Pick something that would relax him and take his mind off things, at least for a short while. Later he will see the problem in a different light.

It is a known fact that the touch of a loved one has great powers over the nervous system. If you want to cheer up your boyfriend, you should offer him a massage. You can be sure he won’t refuse and it will be of great help to him.

6. Play a board game

You think games are only for kids? Wrong! Choose something you both loved as kids, such as Clue or Monopoly and give it a shot. He will appreciate what you are trying to do for him and he will also have a lot of fun.

So, what is the best answer to how to make your boyfriend happy? Take a look at our list and pick the solution most appropriate for your case.

1. Get him a gift he will love

It is a known fact that men find it more difficult to share their emotions. It is also “known” that men don’t like gifts, but this isn’t so. As a matter of fact, when it comes to ways to cheer up your boyfriend, you should think about things he would like. You might say that shopping for women is easy (as you only need to buy flowers, chocolate, or jewelry), but buying for men is trickier. Well, all you have to do is to think about the interests he has. If you are on a tight budget, think about DIY things he would appreciate. Keep in mind that there are some things only you can give him.

When wondering how to cheer up a friend, you could be thinking about preparing his favorite meal or baking his favorite cookies. In the majority of the cases even the simplest things will lift his mood, such as a sticky note with a smiley face on it, simply because it shows you care.

2. Go on a picnic together in the park

How many times did you have dinner together? Most probably more than you can count. But how many times did you have a romantic picnic in the park? When trying to cheer up your boyfriend, you should put together a nice picnic basket with things he likes, such as finger food, pie, some fruits, and vegetables. This way he will get a chance to get away from the things that are bothering him and focus on something else for a short while. Such an idea is especially suitable in case he happens to be outdoorsy.

If you think you don’t have time to prepare homemade food, you could opt for the store prepared meals. You can cheer up friend even if you buy potato salad, sandwiches, cookies, and chips at the local supermarket. These aren’t expensive and you can get the basket ready in no time.

3. Talk about it – be a good listener

There is a myth according to which men don’t share what’s on their mind. However, you should remember that this is nothing more than a myth. It is true that women are usually more talkative than men, but this doesn’t mean they don’t need someone to listen to them. The best way for cheering up a friend is for you to simply listen to them. This works only in case they are ready to talk. If not, you shouldn’t try to push them; it won’t do any good to either of you. Make sure that he has all your attention. Don’t fiddle or doodle, just listen to them.

If you want to know how do you make your boyfriend happy, you should make sure you don’t interrupt him with your own stories. This is not the time for you to talk. This is his moment and you should respect this, not matter how funny your story would be. Even if you can’t actually help with his problems, just knowing that you are there for him will help a lot.

4. Snuggle up and watch a movie with him

In case he has been under a lot of stress, a movie might take his mind off things, at least for a short while. When wondering cheer up a friend, you should organize a movie night. Rent some of his favorite movies or a new movie he wanted to watch for a long time now. Make sure you have some snacks, popcorn, and maybe later you could order takeout or pizza. He should have some options to choose from. Even if you hate the movie he picked, you should let him have his fun and don’t complain about it (just this once).

If he isn’t a big fan of movie nights, one of the best gifts to cheer up your boyfriend is to go to the cinema. Pick a movie he would like, get some soda and some snacks and enjoy the show. Maybe you could throw in a dinner invitation after the movie.

Regardless of the situation, all people like to get massages, especially if it is coming from someone they love. When looking for ways to make your boyfriend happy, you should offer him a back massage. This will really help him if he has been under stress lately. Aside from this, a neck or head massage would also help. Specialists say that the touch of a loved one makes the body release hormones that relieve stress and help people relax. In the same time it will show him just how much you care, so this might be the best gift you can give him.

If you feel like you don’t give very good massages, you might want to take a course. This will teach you in a few classes about the basics of massages and the pressure points you should handle. Think of this as an investment: he will get massages and you will know how to give great massages.

You should know that nobody is ever too old for Clue or Monopoly. Think about the games you both loved as kids and play for a while. If he is a people-person, you could have some friends over. Prepare some snacks and allow yourselves to have some fun. Although it won’t be the same as it was when you were kids, that doesn’t mean you can’t make a night of it. However, you should remember that this tip only works if he isn’t very competitive or he might get upset if he doesn’t win. If you don’t have any games at home, it might be fun to go and buy one.

There are many different ways for you to try if you want to cheer him up. For instance, you might be interested in how to cheer up your boyfriend through text if you can’t be together.

Posts Related to How to Cheer Up Your Boyfriend who Seems Unhappy All the Time That We Thought You Would Like: Staff Picked Interesting Articles Worth Reading

How to Show Affection to Your Boyfriend with 6 Loving Tips

Some people know by instinct how to show love and affection, while others have to be looking for tips. If this is take case, make sure you take a look at the list of tips we have come up with and implement them the next time you hang out with your boyfriend. You can be sure he will love the change and so will you.

Boyfriend Surprises: 8 Things You Can Do to Surprise Him

←Previous Is He Thinking About Me? 6 Methods to Ensure He Really Is
How to Motivate Yourself to Get Everything You Want, And More Next→