What are the best sources of insoluble dietary fiber you can incorporate in your diet to start eating less without getting hungry?
Here is the foods list. 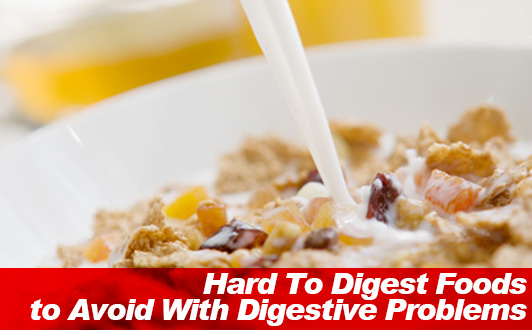 Insoluble dietary fiber foods in your diet gives your body what it needs to crush through your diet preventing constipation, detoxing your body, and even keep you from getting hungry while you eat less.

What are some insoluble dietary fiber foods to help me eat less?

What most people would give to be able to eat less food without getting hungry? If you are looking to eat less and still get full then foods rich in fiber such as insoluble dietary fiber foods can help you do just that.

Insoluble dietary fiber is generally found in foods that if you don't chew are hard to eat. Eating foods rich in these fibers naturally helps you chew more when you eat giving you what you need to prevent overeating.

Eat less without getting hungry

Due to the fact that insoluble dietary fibers soak up water in your body, they are said to help improve bowel movements moving undigested food and bodily waist through you intestines smoother serving as a great measure to take for preventing constipation in your diet.

Drive out excess sodium and potential harmful toxins from your body!!

Eating foods with insoluble dietary fibers drives out toxins in your body preventing them from being absorbed and built up in places like your feet causing undesired dryness to appear not to mention changing the color of your nails. In addition they help expel excess sodium from your body lowering the chances of your legs welling up due to unwanted edema water retention.

People are not getting as much dietary fiber as they used to!!

Getting between 20 and 25 grams daily is highly recommended. However, the amount of fiber people actually get differs a lot.

Take Japan for an example. In recent years Japanese people are said to be only getting 14g of dietary fiber on average. Compared to 20g a day as recording in 1950, this indicates a decline in the amount of dietary fiber people are getting in their diet daily.

As you know by now, getting enough dietary fiber in your diet is important for maintain your health, preventing lifestyle diseases, and get optimal nutrient absorption from the foods you eat as well as detox.

For people looking for ways to detox your body naturally and get the dietary fiber you need try drinking basil seeds. Remember to drink before eating a meal for best results in overeating prevention.

Posts Related to Eat Less Food Get Full!? Insoluble Dietary Fiber Foods That We Thought You Would Like: Staff Picked Interesting Articles Worth Reading

Put your best foot forward into a dry fruit diet that is going to last giving your body the healthy advantage in weight loss with combining low-gi and dietary fiber.

Are you getting enough fiber in your diet? If you haven’t already considered getting more dietary fiber from vegetables, it is a start. More fiber for healthy weight loss.

Cereal Diet for Weight Loss: Women Who Get Dietary Fiber

The breakfast cereal diet may be for you. For women who appreciate weight loss and an easy to keep up diet it’s the best of both worlds. Dietary fiber to get rid of constipation.

Detox Fiber: List of Hearty Foods for Detoxing Your Body

Trouble lately with detoxing your body? Maybe you are not getting enough detox fibers in your diet. If you here are the foods you need to pick up next at the grocery store.

←Previous Get Your Dream Body! 4 Tips Imagining the Body You Want
Is Your Diet Really That Balanced? Importance of Protein Next→