How to Communicate Effectively and Avoid Relationship Conflicts

If you can make the speaker feel heard and understood and avoid expressing your negative emotions all at once, you have a chance at a lasting relationship. Your boyfriend is as susceptible as you when it comes to being overemotional. Learn how to communicate effectively to avoid a broken relationship.

How to communicate effectively with your boyfriend

The way to win any man’s heart is by being understanding of his feelings. When you understand how to communicate effectively with your boyfriend, you can accomplish the most difficult of tasks such as how to get a shy guy to talk to you . When you master the art of communication, you can outlast even the most complicated of relationships. 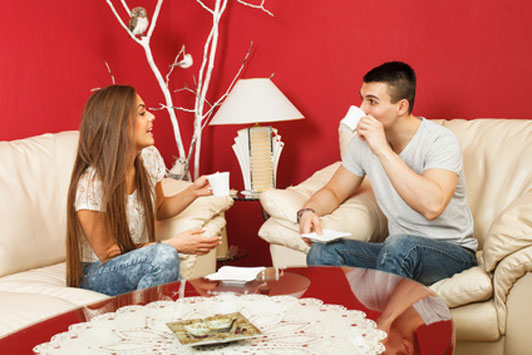 In small doses, the stress being caused by a relationship can actually be a good thing. Disagreements are a part of life, and they are inevitable in all relationships. What separates the lasting relationships from the break-ups and divorces is how the couple responds to the adversity. If they react negatively to each and every small conflict, the relationship will be a long bumpy road.

Instead of reacting immediately on your feelings, take a step back and observe the situation. Notice the body language of your boyfriend and if he deserves a response at the present time. Here are some more tips on how to communicate effectively:

Explain your Feelings, Don’t Express Them 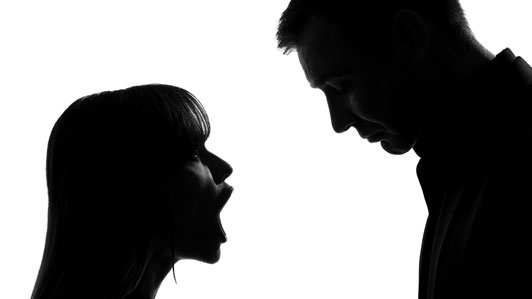 Misunderstanding causes conflict, and conflict causes the stress and tension to effectively end a relationship. Some people are better at avoiding conflict than others. But here is one technique that many people aren’t aware of: and that is to explain your feelings.

Don’t Be the First to React

When you express your feelings in front of the other person, you don’t always receive the results you were looking for and it often backfires. We tend to express negative feelings far too often. When your boyfriend does something that irritates you, you should explain to him why it irritates you instead of reacting to the situation directly.

Expressing your feelings directly by verbally abusing him, or indirectly by using passive-aggressiveness will only drive him away further.

Find Solutions Instead of Arguments

When you explain your feelings rationally, you are using healthy behavior that helps you find solutions rather than start arguments. When you learn to keep calm in the face of adversity, your relationships are more stable. This comes through experiencing the difficult part of the relationship. The first couple months are a walk in the park, and then the disagreements start happening. However, if both partners know how to communicate effectively, any obstacle can be overcome.

Do you wait for the right time to bring up a serious conversation, or do you just dive into it the first chance you get? More often than not, people aren’t very subtle about their intentions when they charge head-on into an argument. 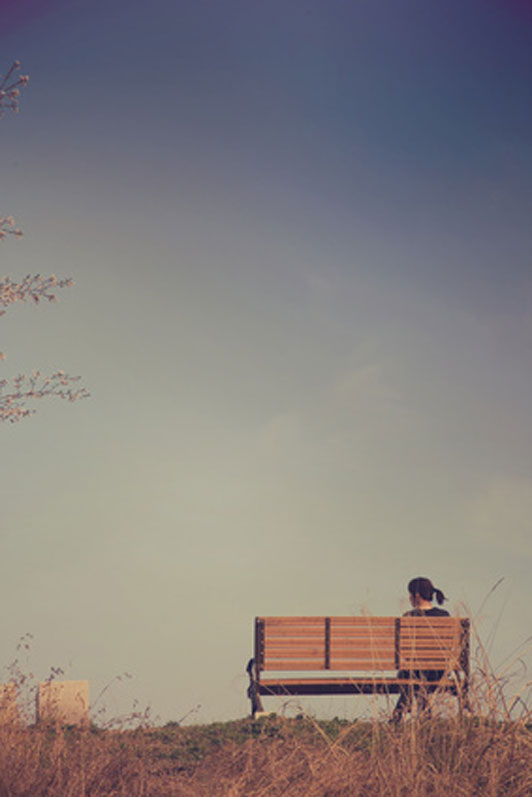 Try being more aware of your timing and learn how to disguise complaints tactfully: This can turn an argument into a solution.

Are We Instigators by Nature?

An instigator is someone who likes to pick fights just for the sake of doing so. They have a lot of frustration that they need to vent and the only way they know how is by projecting it unto others. In a relationship, we often bring up problems right away to avoid forgetting about them.

This is not the right thing to do, as oftentimes he will not be in the proper mood to deal with it. It would be better off for the both of you to put the discussion off until a better time. Forgetting what you were going to say is a lot better than getting into arguments every day.

Don’t Bottle Up Your Feelings

Exception to this strategy is to use it as a means to contain your anger. If you hold on to negative feelings for too long without discussing them with him, it is not going to be good for your health. The key to lasting relationships is finding the right time to discuss problems; meaning that doing so right away or months later are not the best ideas.

Sometimes, the most important lesson on how to communicate effectively is not to communicate at all. In a relationship, when things are going downhill, sometimes the best solution is to take a short mental vacation. 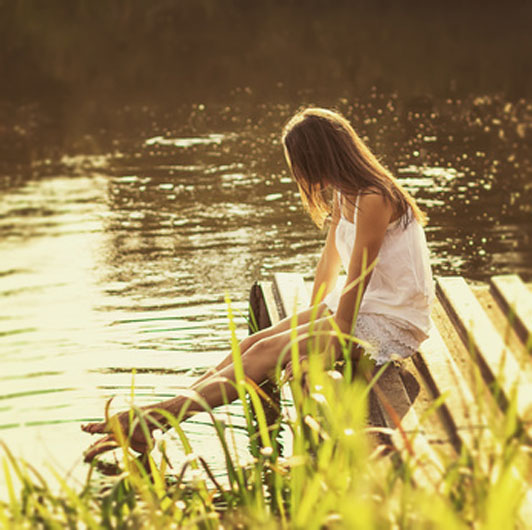 Ignorance is bliss in relationships. Sometimes you just need a break from talking or listening to him to really start appreciating the positive aspects of the relationship.

Start doing other things and leave your phone at home. During the times of conflict, your phone can make things infinitely worse. With social media and access to information at the tap of a finger, you are exposing yourself to relationship-destroying risks every day.

Instead of interrupting him all the time, start listening to what he has to say. An important tip to avoiding conflict is to stop interpreting his words as negative all the time. By staying silent you are also decreasing the chance of saying something you will regret later. It all falls into the “explain, not express feelings” philosophy that saves relationships daily.

Keep your Emotions in Check 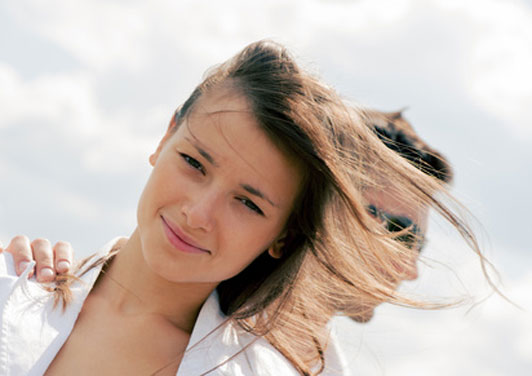 Keeping your emotions in check at all times in a fast way to start communicated effectively. What does that mean? Remain neutral. Don’t get stuck on you, him, or anything for that matter.

How to Communicate Effectively: Remain Neutral

In order to become rock-solid in your relationship and stay strong in the emotional ups-and-downs, you must remain unattached from the outcome of the relationship. This means enjoying yourself in your time with your boyfriend, and using negative times as learning experiences. When you start to become less emotionally invested in your relationships, you will start picking up techniques to communicate better with him.

Will effective communication save you from all relationship conflicts? 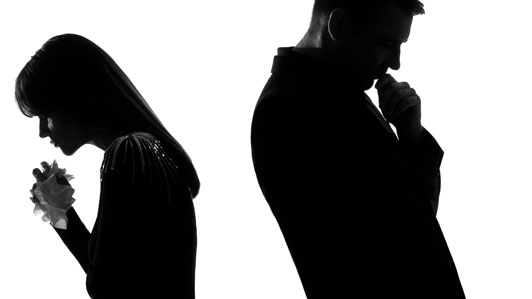 Now let’s see what Mr. Yes and Ms. No have to say about effective communication and relationship conflicts.

Misunderstandings in your relationship can be avoided through effective communication.

Prevent avoidable misunderstandings in your relationship

The problem lies in how you accomplish the task of becoming a more effective communicator in your relationship. How do you do that? Stop. Think. Get on the same page with him.

No but you are better off with it

Something is better than nothing. We’ve all heard the saying… Though this time, it is true that if your relationship is going downhill because of something that went too-one-direction in a conversation you had with him recently, it may be time to ask yourself how do I communicate more effectively.

Posts Related to How to Communicate Effectively and Avoid Relationship Conflicts That We Thought You Would Like: Staff Picked Interesting Articles Worth Reading

The 8 Major Emotions List: How to Effectively Use Your Emotions

This major emotions list is a comprehensive guide to using your emotions effectively. Whether you are in a high or low moment, it is important to know when to show your emotions and when not to. Each emotion has a purpose. Find out each purpose and become the master of your emotions with this list of feelings.

6 Relationship Problems Every Couple Faces and How to Avoid Them!

One of the most important questions in a relationship is how to fix relationship problems. We are here to help you by telling you about the most common problems and some possible solutions. Read on to know how to handle problem situations and what you should expect during the arguments that may arise.

How to Improve Communication: 12 Ways to Communicate Better

Improving communication skills does not come easy to all of us, so here is an in-depth article to help you practice and point you in the right direction for any sort of speaking activity. These seven important things will make sure you get through it with flying colors, and maybe even learn to enjoy the process.

In every relationship, you face challenges from time to time, whether they are disagreements or some personality differences that really bother you. What you need to know is that there are not any perfect relationships, only those successful which are built on unconditional love and mutual hard work.

←Previous 5 Best Dating Apps: Find Your Special Someone in No Time
What Do Men And Women Really Want From Their Relationships Next→