6 American Culture Benefits that Make You Proud to Be American

Whatever you want in life, America can offer. Why is American Culture held in high regard among many other places in the world? These six benefits will provide insight as to why popular culture in America is popular many other places too.

6 Benefits of Living in American Culture

There are six benefits of living in American culture that many of us Americans have taken for granted. To be truly thankful, it helps to experience the rest of the world to gain some perspective. Just how good do you have it where you are? The grass always seems greener on the other side. But it's not until you leave home that you start experiencing the reality of how good you had it. This is how travelling alone can change your life for the better. You will never take anything for granted again. 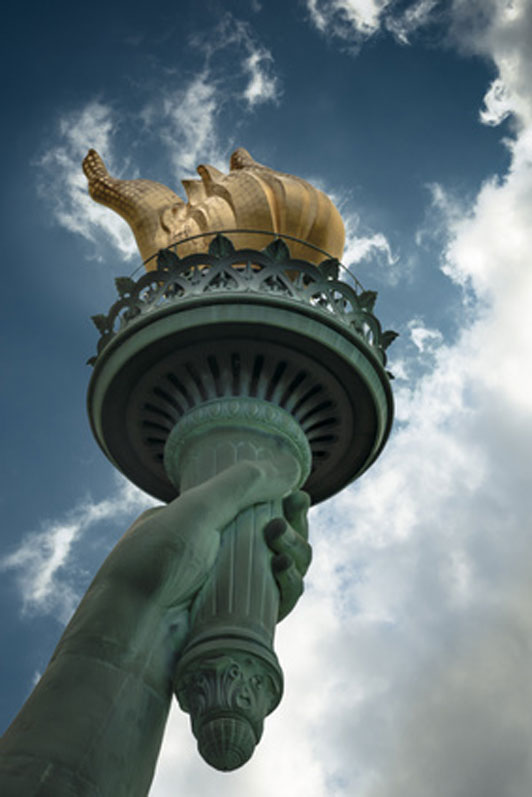 America is a huge melting pot of different cultures and nationalities. By living there you have the chance to make friends with people whose ancestors come from completely different walks of life.

Whatever you're craving, Americans have the privilege to eat every day. Because of their diverse culture, they get to enjoy many different countries' cuisines.

Freedom is a big thing that is taken for granted by countries that have it. Freedom is becoming rarer the longer time goes on, and American culture is still the freest of any nation.

Some parts of America has some of the best weather in the world. If you've always wanted to experience what beach weather feels like, here is the place to come.

America is famous for its vast technological advances. It has become such a huge industry, that it's fast becoming available in the rest of the world.

American culture has the largest entertainment industry in the world. It's so huge, in fact, that you will never get bored while living here.

American traditions are rooted in Native American and European customs, but now has become an array of different cultures and ethnic backgrounds combined into one country. There really is no describing what American culture is now, because each city in America is different depending on the community of people living there.

Why American Culture Enjoys a Better Standard of Living than Anywhere Else in the World? Don't Take Being an American for Granted

American cultural norms have transformed in the last few decades to something that may be what the rest of the world looks more like in the next few decades. America has been the leading innovator of popular culture for a while, it doesn't look to be stopping any time soon.

1. America is a Melting Pot with Many Diverse People and Cultures

With such a diverse population, it's like you never left home from wherever you came from. Because wherever you go in America, you are likely to find people like yourself in terms of ethnic and cultural background. America receives many immigrants from abroad, and it makes living there a unique experience where you can take part in many different cultures. America doesn't have its own unique culture anymore, rather American cultures are a mix of all its immigrants' cultures together. American culture today is very special in the sense that it is a shining example of the world united and living in harmony with each other. If you hope to do a lot of traveling and to experience many cultures in the future, you can use America as your starting point. Since it is a country of many cultures combined into one, you get a taste of mostly anywhere in the world before you actually decide to go there.

2. A Wide Selection of Different Food and Flavors

Another advantage of being so culturally diverse is that America gets to eat many different kinds of foods. In fact, there is nowhere else in the world where you can get to taste such a vast assortment of different tastes and flavors. Whether you want Asian, French, Italian, or classic American cuisine, we have it all. If you've ever been to an authentic American buffet in a major American city, you would know by now that American food culture has really spoiled itself. Americans have such a privilege to enjoy almost any food available in the world at their fingertips. People that have lived there all their lives may not even understand that if they go to another country for more than one month they may get tired of eating the same foods over again. In America, there really is no end the combination of different cultural foods you can eat there.

3. Freedom of Rights Given by the Constitution

Freedoms are slowly getting taken away in most first world countries, but America has indisputably the most freedoms for its citizens than anywhere else in the world. The very first freedom in the Bill of Rights gives us the right to free speech. While you aren't completely free to say whatever you want, the American culture dictates that a person's right to live freely is the most important aspect of a society. So while American culture can get a bit crazy at times, that's only because they have certain freedoms that most other countries don't have. Contrary to popular belief though, you can't just do anything you want there. In every civilized society, there must be rules and law enforcement. Police officers in America are very strict, so it helps you to know your freedoms beforehand so you know you aren't breaking any laws.

4. Better Weather than Most Other Places

America, and most notably the west coast has some of the best weather that anywhere in the world has to offer. Sunny, dry, and refreshing throughout the year. This makes for excellent beach weather, and low utility bills from not needing to use the A/C all the time. This is another way in which North American culture has spoiled its citizens. We don't know how good we have it until we start travelling and seeing typhoons and thunderstorms all the time elsewhere. But as with anywhere, there are drawbacks. There are earthquakes in the west, tornadoes in the middle, and hurricanes and snow in the east. Nowhere is the perfect weather, but American is as close as it gets in that department.

5. The Latest Advancements in Technology and Medicine

America has the latest gadgets and medical care to satisfy anyone with any kind of need. America is the hub for most of the world's electronics. Most of the ingenuity of the last couple of decades has come from America's capitalistic society. American popular culture has become addicted and almost reliant on cell phones, television, and internet to meet their demands. It has spread to other countries as well. Now people can't take their eyes off their cell phones. And most of the world's cell phone brands come from America. In fact, almost all of the famous brands when it comes to technology, medicine, and fashion have originated in American culture. The big corporations that are famous in America are also famous in many other parts of the world. Thanks to the huge American media business, the rest of the world gets access to many parts of culture American.

6. Biggest Entertainment Industry in the World

Americans love entertainment, and they are the biggest consumer of entertainment by far. Being a wealthy nation has its benefits; one of which is a higher standard of living. American culture is now dominated by sports, music, movies, and games. Americans are privileged enough to have many different interests because there is an assortment of things to choose from. It's become such a big industry, in fact, that it's very easy to get sucked into an entertainment avenue and become addicted to it! Whatever you are looking for, it can be found in America. The consequence is that people get to satisfy their immediate gratification without having to work hard for it. Thusly, Americans have gained the reputation of being materialistic, stuck-up, and hard to please. It's because they have access to all the fun things in the world that many countries are not privileged enough to have.

Posts Related to 6 American Culture Benefits that Make You Proud to Be American That We Thought You Would Like: Staff Picked Interesting Articles Worth Reading

Which counties are coping with the world obesity the best? Whether you are part of one of them, you can’t help but be interested in knowing. Learn who is setting the state of fat around the world.

Chew More Eat Less: 4 Benefits Of Chewing Your Food That Nobody Told You About

Worried about your next cancer checkup? Learn how chewing your food not only helps your diet, but also can help you prevent cancer causing substances from entering your body!

Benefits of Being a Vegetarian: 9 Reasons to Go All Veggie

If you have never researched the magical benefits of being a vegetarian: time to start now! If you are looking to make a change in your diet for the better, consider eliminating all meats. In the modern western diet, animals are often fed genetically modified substances and the meat is no longer safe for consumption. Feed yourself a variety of colorful fruits and vegetables instead and notice your health improve drastically.

Intermittent Fasting: 7 Good Things That Happen When You Fast

Intermittent fasting is a way of lifestyle that people have been using for hundreds of years. In modern times people employ it as a way to cleanse, detoxify, lose weight, and prevent or control many common diseases. See how fasting improves health and well-being.