April Fools’ is a special day of the year and so you might be looking for April Fool Day quotes that would make you smile or that would teach you a little something about the holiday. You could write them on post-it notes.

The main point of the April Fools’ Day quotes is to share a piece of wisdom with you. These quotes or sayings all contain a kind of warning that you will be pranked on this day or they teach you how to handle the situation. You might think that they come from a different era, but the truth is that people don’t change that much over the years. 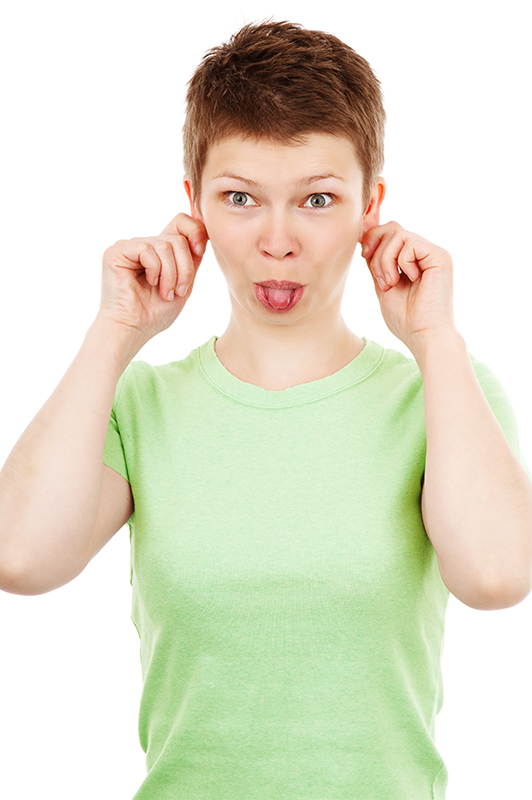 The April Fool Day sayings are just as true today as they have been a hundred years ago. Maybe you shouldn’t dismiss them. It might be a good idea to share such wisdom with others as well.

The April Fools’ Day Sayings Will Bring Some Joy to Your Day, but They Will Also Teach You a Little Something about This Holiday

So, which are the best April Fool Day quotes you can find? Read on to find out 7 that seem to have the biggest impact on people.

This is a saying you may have heard a million times before. Although it is one of the appropriate April Fools’ Day sayings, it is a piece of wisdom you can use in any area of your life. If you are thinking about April Fools’, you should make sure you don’t let the same person prank you twice. 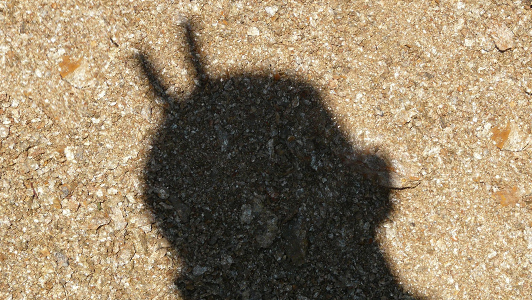 However, if you’re thinking about life, if someone tricks you once, you have to make sure they won’t be able to do it the second time or they simply won’t have the chance. This is a Chinese proverb and we have to admit, ancient Chinese people knew something about life.

“A man always blames the woman who fools him. In the same way he blames the door he walks into in the dark.”

When looking for happy April Fools’ Day quotes, this is one that only women are able to truly appreciate. You may know by now that whatever goes wrong in a relationship, men always blame women (although we have to admit that women tend to always blame men). 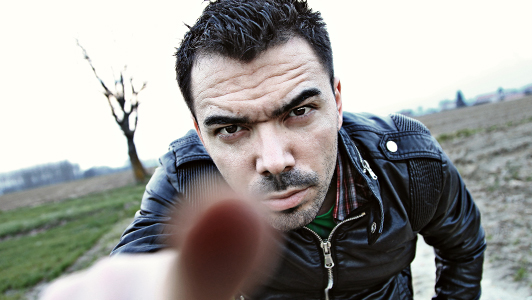 This saying is meant to open the eyes of people that in some cases other people are to blame for their problems just like walking doors. April Fools’ Day quotes and sayings are supposed to be funny, but there is some truth to them, if you come to think of it. People always tend to blame others for their problems or their misfortune.

“Everything is funny as long as it is happening to somebody else.”

On April Fools’ Day all pranks seem to be funny, especially if others are getting pranked. Will Rogers really managed to grab the essence of life with this saying. For sure you can’t tell you have seen funny things but they might have not seemed so funny if they happened to you. 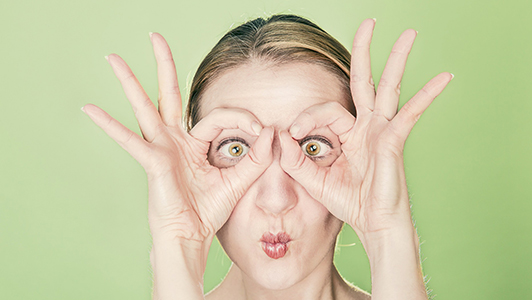 There is nothing wrong at laughing at others are long as they are laughing as well. If they aren’t, it only means that you are laughing at another person’s problems. So what does that make you? For sure you like to think of yourself as a good person.

“Even the gods love jokes.”

This one of the sayings for April Fools’ Day appeared in a time when people were truly afraid of upsetting the gods. Plato wanted to let people know that it is alright to joke with others. In the same time he also approached another aspect: the humanity of the gods, or better yet, the fact that they’re not as different from humans as people might think. It is one of the special characteristics of Greek mythology that the gods have been created to have human flaws, so it is just normal that they like to have a good laugh. 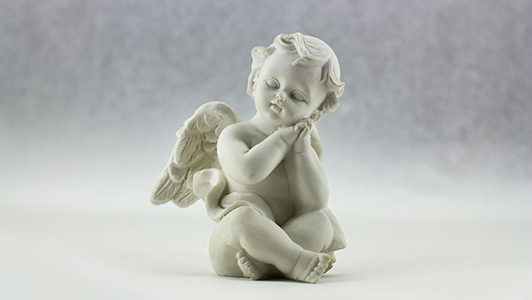 If you are looking for saying by truly wise people, think about Abraham Lincoln. As obvious as it may sound, there was need for someone to put this thought this way. As it has been mentioned before, the quotes for April Fools’ Day aren’t only meant to amuse you, but they are also supposed to teach you. 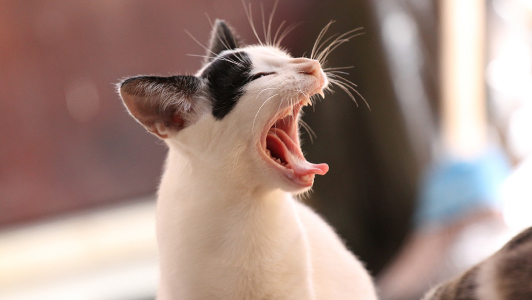 This quote is meant to teach people that they shouldn’t think others are fools and that they could fool them all at once. Maybe they will be able to fool some people, but there will always be someone who will know the truth. The same applies to you: never think that you are smarter than all the people around you.

“It is the ability to take a joke, not make one, that proves you have a sense of humor.”

Max Eastman seems to know a little something about people’s personalities. When looking for sayings to share, think about this one. It might be a good idea to write this saying on post-it notes and give it to people you pranked. This way you can be sure they won’t be upset with you because they want to prove that they do have a sense of humor. The same applies to you: you have to be able to take being pranked even if you only get text jokes. People have to learn how it is to be on both sides of pranks. 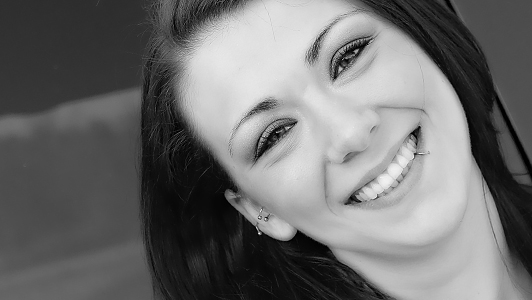 “This is the day upon which we are reminded of what we are on the other three hundred and sixty-four.”

It is undeniable that Mark Twain has been an insightful person and he spoke great truths. In case you are looking for Mark Twain quotations, for sure you will find some witty ones. He seemed to have known what people are trying to hide and he wasn’t afraid of speaking the truth. He never really cared whether or not people were offended by what he had to say and this is what makes him truly great. He knew the power of words and he always knew just the right words to use to speak his mind. 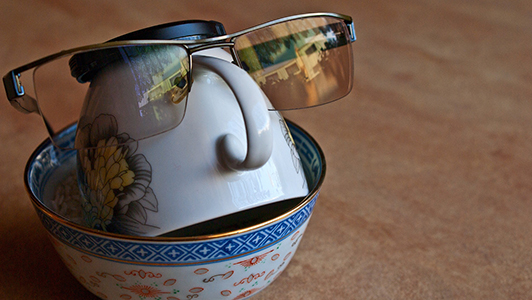 Posts Related to 7 April Fools’ Day Quotes to Make Someone's Day Special That We Thought You Would Like: Staff Picked Interesting Articles Worth Reading

When it comes to April Fools’ day pranks, you could be thinking about easy pranks or more elaborate ones, depending on your mood and how big of a prankster you are. Most probably you have been pranked the previous years as well and the time has come for payback. This means that you will need awesome April Fools’ day pranks.

No matter if what one is looking for is an appropriate stanza for a birthday card or a way to say how much her friends mean to her, and there seems to be no right words for that, there is always a way around it. And it is not stealing: using friendship quotes to show how much someone means to you actually means that you and the author share a piece of mind; that, maybe, he could be your friend, too.

What is it that Candace Bushnell, Alexandra Potter, and Charles Caleb Colton have in common? They are all good at giving relationship advice. They are also the authors of some of the great dating quotes we have numbered in our article. And just to pique your curiosity: did you know that even a funny dating quote can be very helpful when it comes to kissing?

Best Single Girl Quotes that Will Motivate You to Stay Strong

If you need motivation or anything that will get you started, a great choice is to take a look at some motivational, funny, or educational quotes that will make you feel better and stronger. These quotes will show you many new ways of looking at your relationship status. The fact that you are single, doesn’t mean you can’t be happy and these quotes will prove it to you.

←Previous Building Trust in Relationships: Stay Calm and Take Him at His Word
How to Be Beautiful: 6 Ways to Feel More Confident about Yourself Next→