Thought ginger ale was good for you?
Then you out to try ginger water served hot with ginger tea you get all the benefits of hot water and much more.

Ginger tea has health benefits rooted in the benefits of hot water. Just by simply adding a few slices of ginger root to your cup of boiled water you can increase your core temperature turning the heating power of ginger loose in your body helping you bring out the best in your diet.

What are the benefits of drinking hot water with ginger root?

Plain hot water is a drink good not only for when you are on a diet but also in health maintenance and for cosmetics purposes. Only by changing the temperature of the water you drinkit is possible to drastically change the effect water has on your body.

In today's Slism, we will discuss how easy it is to get the great benefits of ginger combined with hot water in your diet to raise you core temperature giving your metabolism the boost you need for healthy sure weight-loss.

All about Ginger and Hot Water for Dieting (Illustrated)

Japanese have a word for it! That is Sayuthe hot water that use drank throughout Japan for it considerable benefit in terms of health. Sayu hot-water is referred also what is called Yuzamashi in Japanese, lukewarm water cooled from boiling to about 104 to 120 degrees Fahrenheit, a decent temperature for drinking anything below hot.

There is a very gentle and soft image that Sayu hot water has on the body. Hot water Yuzamashi is often given to babies and to people when they are sick, which says something about the purity of Sayu hot water. The English contemporary to Sayu hot water is distilled water.

In finding the right temperature to drink your hot water at you may be thinking that hotter water is better at warming your body. Drinking hot water is good stimulating the throat, esophagus, and stomach; however if the temperature is too high, there are potential side effects that you have to watch out for.

The temperature of the environment surrounding your internal organs is called deep body temperature in Japanese, which in English refers to your core temperature.

Furthermore, if deep body temperature becomes high, since blood circulation will be promoted, discharge of wastes increases, and the effect etc. which make the dropsy dissolution effect and the constitution in which it is easy to become thin are acquired. 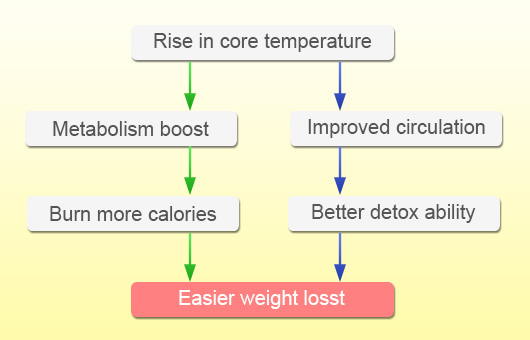 Furthermore, how about adding the ginger which attracts attention as food with the effect which warms the body!? 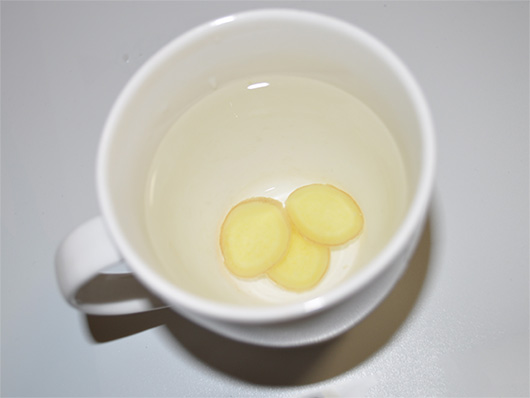 Like a photograph, the slice of ginger is added to plain hot water.

There are few pungent condiments of ginger and it is easy to drink them rather than using the grated ginger. Although drunk slowly, the belly becomes very poka-poka warm. And the body gets very warm as well.

Although the ginger which remained at the end thought wasteful.... and a few was eaten, having eaten directly too was a little slightly hot to the writer....

It has realized that the body gets warm only by drinking one cup. It is recommended at a person oversensitive to cold.

Ginger Is Convenient When Frozen Away!

It is good to use the ginger of a tube, and the person that it is serious preparing ginger each time also has a method of preserving the sliced ginger in frozen storage.

It can be used for simmered dishes etc. it not only can add to a drink, but, and is convenient! 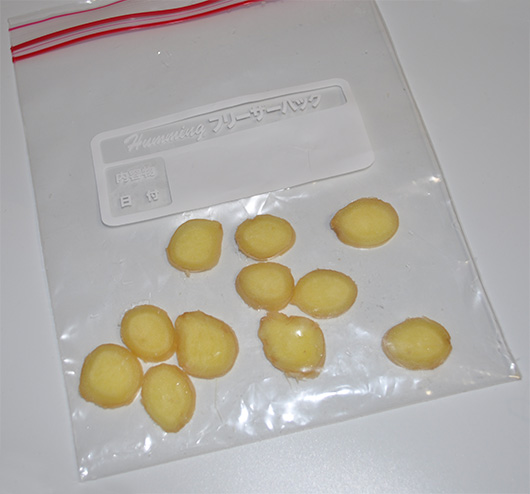 It is the point which it freezes as ginger does not overlap although the sliced ginger is put into a preservation bag etc. and is only frozen.

Ginger slices when it frozen, if it keeps in piles, it will solidify abreast.

How Does Ginger Root Tea Compared To Ginger Black-Tea?

It is also good to combine ginger plain hot water and ginger tea.

Ginger plain hot water with a person gentle to the stomach with the case where it drinks first thing in the morning, or the weak stomach and intestines is recommended.

Effect of Ginger Tea on Your Health

The Effect of Ginger in Your Body and Diet

Ingredients, such as Zingerone and Shogaol, are contained in ginger.

Moreover, there is an effect which promotes a healthy metabolism in Shogaol

Alternative to the Ginger and Hot Water Diet to Consider

Let's face it. You may be looking for other ways to spice up your diet movement other than ginger tea that involves drinking water.

If you liked the ginger tea diet, then adding the water diet for a natural cleanse to the many ways you can lose weight keep it off may be something you might have a hard time refusing.

On the water diet, all you have to do is make sure to drink at least 2 liters of water a day. How you do it, doesn't matter. The rest is left to come when you naturally detox your body, alleviate constipation related issues, and prevent overeating all just by drinking water.

Posts Related to Ginger Tea Health Benefits to Maximize a Hot Water Diet That We Thought You Would Like: Staff Picked Interesting Articles Worth Reading

Drinking hot water to lose weight may sound like a fad but for anyone looking to boost metabolism easy improving circulation, that’s the hot water diet.

Kudzu Root Powder Health Benefits and How to Make Kuzuyu

Tired of only drinking Aojiru? Kuzuyu may be your best bet to succeed your diet. With the benefits of kudzu root powder only the sky is the limit.

How to do the water diet? That’s easy! This water diet plan unlike others doesn’t weight you down. All you need to do is drink 2 liters a day and the rest is cake.

The water diet may not be the fastest way to lose weight but with so many options to reach your diet and exercise goals it may be just what you need to get slim.

What is the best detox method only drinking water? That is the water detox diet in a nutshell. The rest is the right mineral water in your diet and timing.