Home
Girls Talk
What Is a Good IQ Score? 5 Facts About Intelligence Better off Knowing

What Is a Good IQ Score? 5 Facts About Intelligence Better off Knowing

Do you have a low, average, or high IQ score? Whatever you get, understand how it can affect your life. Having a low intelligence quotient might not be as bad as you think, and having a high quotient may not be as good it is made out to be.

What is a good IQ score 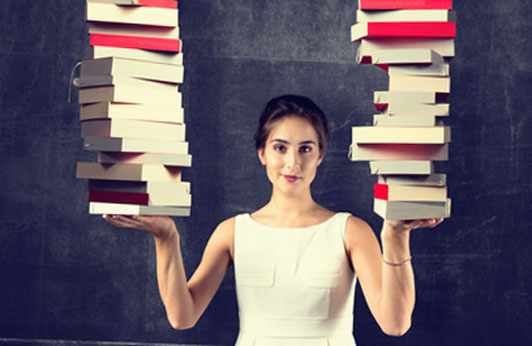 Although correlation does not equal causation, a high IQ generally is indicative of someone going places in life. People with higher intelligence are more capable of handling the tasks that are too mentally challenging for others.

3. A Healthy Mind is an Intelligent Mind

Just the way your body grows as you get older; your mind grows too. Thus, it is important to provide the nutrition your brain requires. Find out the right foods to get your mind jumpstarted right from breakfast time.

Needless to say, someone with a higher IQ has life on easy mode. They don't need to use much effort and they get many rewards. Success breeds confidence, and intelligent people are normally at the top of the success ladder.

5. IQ and Happiness are Not Related

Contrary to popular belief, it cannot be proven how IQ affects our happiness. The only thing we know for sure is that intelligence can be improved with age, and so can one's happiness with the right state of mind.

In the End, the Real True Indicator of What is a Good IQ Score is What You Make of It, So Make the Best with the Hand You were Dealt in Life

How important is knowing how smart you are?
It's not easy to be smart; ask any genius. But if it is your goal to increase your IQ, first we must learn what constitutes for a good IQ score.

The IQ average is measured at 100, and has fluctuated the past century to a little over 100. People are becoming more intelligent and problem solving skills have increased since the old days. 50% of modern IQ scores fall between 90 and 110. As you deviate from the mean, the percentage of IQ scores fall. An IQ of 140 is considered genius. Albert Einstein's IQ was 160. An IQ of over 200 is considered an "unmeasurable genius". So the real question is: what is a good IQ score? And what does your IQ score range say about you?

The IQ averages score is what it is. There is room for error when concerning intelligence, as there are many different interpretations of what makes an intelligent person. But standardized-wise, if you have an IQ above 100, you have an above-average IQ. If your IQ is lower than 100, then you have a below-average IQ. Try not to put too much stock in your intelligence quotient. It is possible to get a high IQ score with determination. If having a higher IQ is a goal of yours, there are self-help books and resources online to help you reach your goal. Being of an average IQ does not make you an average person or of average intelligence. Basing your life off of standardized test scores is unhealthy and limiting your potential for future learning. You should use your IQ scores scale as a building block for your intelligence. Use it to light the flame and motivate yourself to prove the score wrong.

Of course not one size fits all in the scenario, but the statistics are in: a good IQ score can predict future success. Standardized IQ tests can often measure beyond general intelligence: meaning someone has not only shown mastery over academics but those same people also show high emotional intelligence and common sense.

A high IQ score can give a good indication of someone's intelligence, but that doesn't always translate to real-life success. Tests don't always tell the whole story. Standardized tests cannot measure practical intelligence that is necessary to form innovative ideas.

High IQ scores cannot measure someone's general curiosity about life. You can be intelligent on paper, yet not be motivated to expand your mind and forever be a student to life's mysteries. This is what holds many intelligent people back in life. Understand your role to society, and you have the ability to accomplish great things.

3. A Healthy Person is an Intelligent Person

What use is an active mind without an active body? Furthermore, an active mind is fed by an active body and the correct diet. Without proper nutrition and exercise, we are not maximizing our true intellectual potential. People with low IQ's tend to eat more junk food and candy. Their minds don't perform as well as they could have with a balanced diet containing required vitamins and minerals. This is a no-brainer for the brain: feeding your body is feeding your mind. Consume the right foods, and your mind will have the right fuel required to get the job done.

Take Notes from the American Example

Don't take my word for it; just look at the results of what the western diet has done to some of these first world nations. America's education system has gotten a bad reputation from falling test scores over the years. Are the qualities of the teachers dropping, or can it be attributed to damaging habits of Americans such as their unhealthy diet and addiction to junk food?

Or rather, intelligence breeds success, and success breeds confidence. Those who have hit the genetic IQ lottery have expectations to live up to. Expectations from their intelligent parents, and expectations from their teachers who have witnessed firsthand how bright they are. People who have proven themselves to be more than just an IQ score, have a lot more to prove than people who don't have a high IQ. Because intelligent people believe in themselves and their abilities. It all goes back to making the best of the hand you were dealt in life.

Confident people are said to have their wits about them. Even if they don't have a high levels of IQ, they have the "street smarts" necessary to get ahead and life. Good social skills definitely don't hurt, either. Confident people are even considered more intelligent in many ways than the classic bookworm type intelligence. There is also emotional intelligence, which gauges a person's ability to understand how other people operate. Females have been known to generally more emotionally intelligent than men, and thus prove the point that everyone is intelligent in one aspect that others are not. The key is finding yours and using your skillset to your advantage.

Dedicated to your craft

Although it certainly helps to read books. It helps to do things, to grow as an individual, to find out new things that most people don't know. Your life is a race for new experiences. Truly intelligent people are never satisfied with their level of knowledge. They never overestimate their abilities, and they never think they know any one thing for certain. A life dedicated to the pursuit of knowledge is possible for anyone regardless of any IQ normal score. If you remain dedicated to your craft, you can actually increase your aptitude for certain things and actually increase your intelligence. An IQ score has little to do with how you apply your intelligence to your daily life.

5. IQ has Nothing to Do with Happiness

There were studies done trying to show that people with higher intelligence were lonelier with less of a pool of people to communicate effectively with. They argue that someone with a low IQ is often happier, because they live life with less consequences. Ignorance is bliss, they say. There are less expectations of people who aren't considered intelligent.

Do not let it define you

Is it really a good thing to have less expectations and responsibilities? Wouldn't you rather challenge yourself to become the best person you can be, intellectually and emotionally? These are the questions you have to answer for yourself. Nobody else can define what makes you happy.

Furthermore, it has even been said that those with higher IQs are more miserable than their lower IQ check counterparts. Reasoning for this phenomenon is unsure; but theories have been proposed. One theory is that many intelligent individuals have less people to relate to, thus less prospects to become friends with. When your social circle is lacking with few individuals that understand you on a personal level, then understandably you feel isolated in society. Those with higher IQs report more loneliness and a harder time connecting with people and establishing common interests. This theory is part of the reason why many more intelligent individuals often suffer more often from mental conditions such as depression.

So what is a high IQ score?

The unpleasant truth about intelligence quotient that can't be ignored is that having a good IQ score is more genetic than any other factor. In fact, it's estimated that genetics make up 40 to 80% of a person's true IQ. So, whether you're the next Albert Einstein or not, you can thank your parents.

Posts Related to What Is a Good IQ Score? 5 Facts About Intelligence Better off Knowing That We Thought You Would Like: Staff Picked Interesting Articles Worth Reading

Am I an Introvert or Extrovert? Advantages and Disadvantages Being You

Golden rule to life: Never sacrifice who you are for someone else. We can’t change certain aspects of who we are, but if we understand our strong points, we can succeed in any environment. Find out what kind of person you are, your strengths and your weaknesses. After you understand where you excel and what are your limitations, you can focus on the areas where you need most improvement. Learn to succeed either as an introvert or an extrovert.

Foods High In Folic Acid and Vitamin B9 Supplement Facts

Your mother was right about eating broccoli. Foods high in folate aren’t as hard to come by as you would think. Eat spinach and edamame to get your folic acid.

Get nutritional facts for pacific saury. Learn why this pacific ocean fish is brain food. Pack full with essential fatty acids like DHA and EPA.

Smarter Ways To Pick Your Protein: Using PDCAAS To Ensure Balance And Success In Your Diet

How do you know if you’re getting enough protein in your diet? Learn how to gauge the protein you are putting in your body by knowing what the labels don’t tell you its amino acid score.

←Previous How to Show Affection to Your Boyfriend with 6 Loving Tips
Internet Addiction: 8 Signs of Dependence on Technology for Everything Next→