Home
Girls Talk
Independent Thinking: 3 Ways to Use Thought to Change the World

Independent Thinking: 3 Ways to Use Thought to Change the World

Without independent thinking it is nearly impossible to change the world though you own will. Break free and learn to think for yourself. Creating a better future using the power of self derived thought.

Can you change the world with your thoughts?
Independent thinking is essential for progress and human development. Everyone who accomplished something of great value throughout the history had one thing in common: they were able to think outside the box. Bill Gates, Steve Jobs, Benjamin Franklin, Martin Luther King Jr, John F Kennedy, and Gandhi are some of the more notable independent thinkers who challenged preconceived beliefs that society had held prior to their emergence. 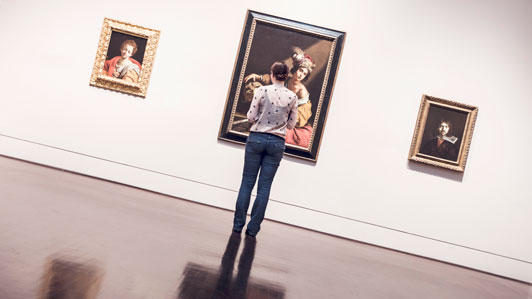 Ways to use thought to change the world

2. Seek out the truth

In a Society Where the Majority Fear the Change, Creativity is Triumphant: Find Your Purpose in Life by Going Against the Grain

What separates the great independent thinkers from the rest of society? Were they born with the capacity to think more freely or were there other contributing factors? The truth might surprise you.

Learning from the mind of other independent thinkers throughout history can teach you a lot about the direction you want to go in life. If you look back at these influential people, you will find that many of them came from modest backgrounds: low or middle-class family, average intelligence, no higher education and little credentials. So what happened to them to inspire such change in the world? The answer arguably came from their mindset to life. 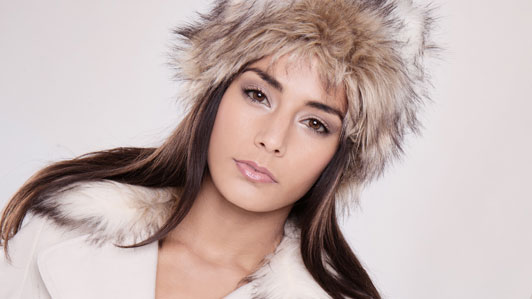 This mindset can't be achieved overnight, and it can't be bought. These great minds had high confidence and self-esteem; their strength came from within. In order to think independently, one must cultivate their inner strength. Once you learn this secret, you will be able to leave a lasting impression on anybody you meet.

How do I Cultivate My Inner Strength?

In order to think independently and create a meaningful change in the way you view life, you must learn to take the good with the bad. Realize that on your journey to a better future, there will be many obstacles along your path. Not everybody will want you to achieve your goal, and not everybody will agree with it. But if you have complete confidence in yourself and in what you stand for, you can achieve whatever you want in life. This is my definition of inner strength: Knowing there will be resistance and persevering despite the adversity.

The Struggle of Staying True to Your Beliefs

Independent thinking is not an easy choice. The refusal to reform will often lead to rejection on numerous fronts. Thinking, and acting on your thoughts could lead to the loss of opportunities and relationships. Playing the part of the contrarian means going against popular opinion to defend what you believe in. It is impossible to make everyone happy with this ideology because you are constantly challenging yours and others' misconceptions every day. However, it can also create a good many opportunities and relationships; the ones that are worth having.

Initially, creative ideas are met with skepticism and uncertainty. Ask any great inventor in any generation, they will tell you the same thing: That the world is revolutionized by rejecting the status quo. Just because your belief is different than what your teacher or father believes, it doesn't mean it's incorrect. By learning to sometimes reject (and not ignore) popular opinion, you are establishing that you are someone with inner strength. I wouldn't advise turning your back to authority. But perhaps you may consider bending the rules in your favor from time to time. A little bit of innovation never hurt anybody.

Respect All Opinions; Including Your Own

While living a lifestyle that supports the ideas that are contrary to popular belief, you will find yourself gaining confidence in what you stand for. You will have more respect for yourself and your opinions, leading others to take you more seriously. Choosing to live outside society's norms doesn't equal deviant behavior. If you show that you respect their thoughts, they will listen to what you have to say at the very least. Best case scenario is that you actually influence them in a positive way. You will be remembered every time he thinks about that particular topic.

2. The Truth is Out There; if You Know Where to Look

With independent thinking comes independent research. For us average citizens, the internet is our most valuable resource. You can find more truth in one hour online than you can with weeks, months, or years of subscribing to mainstream media sources like television or magazines. Misinformation is abundant in today's society. If you want to find the truth, you must sometimes look in places where other people don't think of looking. 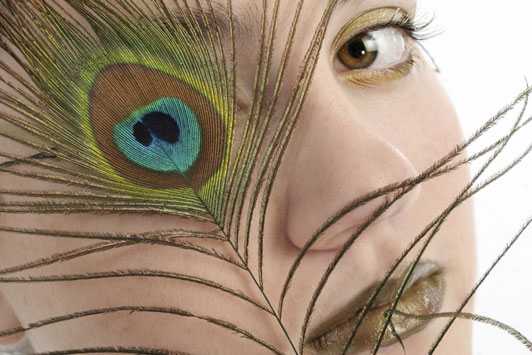 With the rapid emergence of social media, we now have access to recent information and world events at a moment's notice. Recent technology has made independent thinking achievable for anyone; including you. Why more of us don't take advantage of the educational aspects of the internet is mind-boggling to me. Information that can change our lives completely is ready and available to us at the click of a button.

Who could have thought that we've been lied to our whole lives? There is an industry especially-made for the sole purpose of making sure we are never socially aware and one step behind everyone else. Why do they want a population that's dumb? It's anyone's guess. But one thing is for sure: if you want to find truths, sometimes you have to think outside the box. Independent thinking skills are what has made this world what it is today for humans, and the independent thinker will be what changes the world for the future. To think outside the box, you have to reject mainstream society and its popular teachings. Because these days you never know what is true and what is false in popular media.

Challenge your own thoughts

When we challenge our own thought processes, we open up the doors for new ideas to flood into our minds. This is only easily accomplished by independent thought. Because someone narrow-minded would be too stuck in their ways to even entertain the idea of accepting something new as fact. This is the problem with most of society, as things in the world change every day and new ideas are formed very quickly. Being stuck in your narrow-minded ways is the last thing you want in a changing society. You must leave your mind flexible, and ready to believe anything as truth. That doesn't mean you are naive enough to accept anything as fact when you hear it. It only means that you are open to the possibility of it being true, and changing the way you look at things. A flexible mind is much more valuable than a closed-off mind.

3. Pull Away From the Herd and Take Action

On average, we now consume and spend far more of our time on the things that are unproductive for our growth. Independent thinking means separating ourselves from stagnant groups that aren't adding any value to our lives. Start making your life revolve around ideas, instead of events and people. New ideas are what fuels human growth. So get creative and find the ways to break the mold at school, at work, and at home. Change your morning routine, pick up a new book, cook a new recipe you thought of yourself, start working on a science project, or start up a conversation with a stranger.

A contrarian is one who has irregular thought patterns that deviate from the norm. A contrarian hates the mundane and predictable topics that are talked about by society at large. What a contrarian desires is critical thinking about issues that most people would dare not touch. They aren't concerned about society's expectations and they don't conform easily to rules they don't understand.

It's possible to completely turn your life around by taking a break from the action and watching from a distance. Leaving your regular life behind will cause you to reflect on what you lost and what you gain from taking on a new lifestyle. There is more than one way for us to live, and the sooner we find out all the ways we could be living then the more freedom we have in our lives. It's the best feeling to have control over your life and what goes on in it. By taking breaks from your reality, you never feel stuck in an unfavorable situation. The possibility of trying something new is always available. Thinking for yourself is more possible when we feel independent from any one location or any one lifestyle. It's important not to put yourself in a situation where you cannot leave on vacation or permanently.

Living and thinking independently of others means that you do what you want, not what others want. There doesn't need to be any method behind your madness. As long as you are trying new things and learning from them, you are working your way towards the goal of self-improvement.

What did great minds do throughout the history to be able to make such a lasting impact in the world today? That topic is up for debate. But I'll tell you some things they didn't do: They didn't let other people tell them what's right and wrong, they didn't look down on others for having a different view than theirs, and they weren't hesitant in their ability to make the right decision.

Posts Related to Independent Thinking: 3 Ways to Use Thought to Change the World That We Thought You Would Like: Staff Picked Interesting Articles Worth Reading

Which counties are coping with the world obesity the best? Whether you are part of one of them, you can’t help but be interested in knowing. Learn who is setting the state of fat around the world.

How to Not Embrace Change: 11 Ways to Stay Stuck and Love Every Moment

Change is overrated. Life would be a lot easier if things just stayed the way they are. Upgrades, new subscriptions,and fashion trends are getting harder and harder to keep up with. The world’s population is growing exponentially and the possibilities are becoming overwhelming. Take a step back and choose not to embrace the change that everyone else is so willing to accept.

The bucket list is a list of activities you would once like to do. Usually the bucket list ideas are crazy and fun and they make people do things they wouldn’t normally do. If you don’t know where to start, take a look at our list to get an idea of what you should be thinking about. This way you won’t miss out on anything.

Power of Habit: 3 Ways to Change Bad Habits into Good Ones

The power of habits might be stronger than you have ever imagined. Basically speaking, anything could become a habit, so how can you control it? What can you do to make habits your allies? Learn this and a lot more to make sure your everyday life will become easier and you become more productive.

In case you are wondering how to express yourself, there are numerous different options you could be thinking about, including sports, art, and even getting tattoos. But what is the most suitable for you? Read on to find the ways to express yourself that are the most appropriate for you or, if you already have ideas, to make a decision.

←Previous 6 Things You Should Know Before Getting a Guy Best Friend
How to Be a Better Listener: 7 Talking Habits to Improve Communication Next→