When it comes to lowering your numbers there is nothing better than omega-3 fatty acids.
These fats are said to be the key to lowering cholesterol naturally. 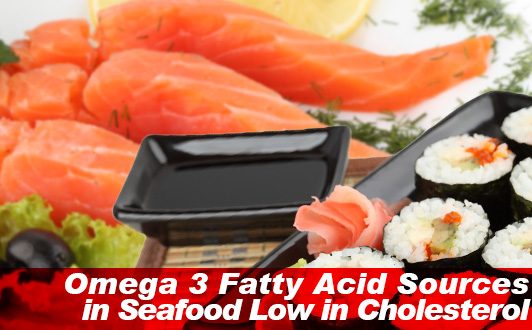 Oh sushi! I know what you are thinking. Cholesterol and omega-3 fatty acids, what do they have to do with numbers? - Whether you like it or not, good and bad cholesterol on top of triglycerides have a grave impact in your diet. If you are not just know to lower your numbers that's not a good sign. Start now before cholesterol adds up.

Is octopus high in cholesterol? - What lowers your numbers

With increasing concern growing around global obesity there are more and more people health conscious about what they eat. More often than not, when you go out it is hard to keep your numbers on your mind. However, after going home you may begin to wonder if octopus is high in cholesterol despite the general consensus surrounding the fact that eating Japanese food is healthy.

Posts Related to Omega 3 Fatty Acid Sources in Seafood Low in Cholesterol That We Thought You Would Like: Staff Picked Interesting Articles Worth Reading

What are some foods that give you palmitoleic acid for better looking skin? To name a few, there are sea buckthorn and macadamia nuts. That just the beginning.

No Good Foods? The Dangers of Too Much Bad Cholesterol

Foods that increase your cholesterol is the bad cholesterol contemporary of foods you should never slip through your diet goggles.

There is good and bad cholesterol. Not every cholesterol lowering treatment such eating foods to lower cholesterol or exercise works the same way.

Macadamia nuts are not the only source of natural omega-7 fatty acids. There is also sea buckthorn to get better looking skin no other antiaging solution can give you.

←Previous Guar Gum Benefits That Are Going To Make Wish You Had It
Lycopene Foods: 30 Highest in Antioxidants for Antiaging Next→