Diet smarter with yogurt recipes that not only save you money but serve as a healthy snack packed with balanced nutrition to match your diet.
Homemade Greek yogurt strained. Fruity frozen yogurt.
A yogurt smoothie packed with blueberries and bananas.

Yogurt has long been considered asuper-food. The reason why it's considered a superfood is that not does it help increase the number of good bacteria in your intestinal tract allowing better nutrient absorption of the foods you eat, it is said to help out with constipation. This fact is why it is recommended that you eat it on a daily basis.

That's easy said than done, you may be thinking right now. How am I supposed to eat yogurt every day? That sounds boring I know but by adding a little variety, altering your perspective just a little bit, you would be surprised how long you can keep it up.

The Japanese populous has taking a particular liking to yogurt like you would not believe. Some could even say it is the new Wafu of Japan. Nevertheless, it isn't hard to find a yogurt based snack with a touch of Japanese Zen like Salted Yogurt and Strained Yogurt, a spin on Greek Yogurt that serves as a healthy alternative to cream cheese.

In this episode of Slism, we will introduce yogurt recipes that you do in under 5 minutesremoving the time it takes to pickle a side dish and strain yogurt. Feel free to use us as a reference when looking for ways to spice up your yogurt based dishes.

The only 5 yogurt recipes you will ever need when you are on a diet!

How to Make Greek Yoghurt: Stained Yogurt into Cheese

Recently Greek Yogurt to what it seems Strained Yogurt has really worked its way up the health-food ladder in Japan. By staining out the water content of plain yogurt, you get thicker yogurt something that is hard to tell apart from cream cheese. Better yet, it's easy to make, something everybody should give a try at least once like a science project.

Instructions on Making a Batch of Greek Yogurt (Strained Yoghurt)

(Precaution) Sometimes there is not enough space between the bowl and straining container causing the yogurt to sit on the whey. That is why it is important that you check the whey content in the bowl and using it when you feel its necessary.

How to eat Greek Yogurt: Incorporating Strained Yogurt into Your Cooking

After you're done straining the yogurt and what's left is no different than the Greek Yogurt that you would go buy at the store, you can either eating plain in the same way you would go about eating plain yogurt, or using it in making sweats and daily cooking. 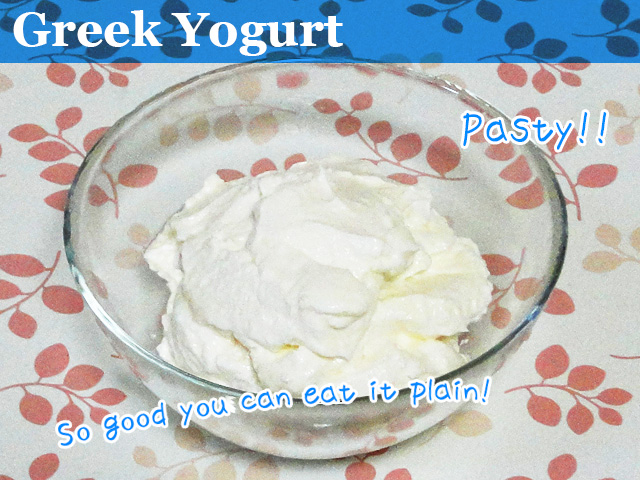 Don't Throw It Away! – Zero Scrap Rate Tips To Throw Away Wasting Food

What you get out of yogurt when turning it into Greek yogurt by straining is whey, a substance that you may have heard of if you've ever drank a protein shake.

Whey contains healthy proteins such as Lactoferrin, and many water soluble vitamins and minerals. Although it would be hard to drink in raw form, adding it to other beverages such as a juice or a smoothie for that matter is a smart diet choice. People have also used it in cooking to increase the nutrition of their meals. Most importantly, you don't want to be throwing whey away because that would be a waste.

Frozen Yogurt Recipe: Simple DIY To Make It At Home

Here is a recipe for Frozen Yogurt that doesn't rely on using cream to make. On advantage to making frozen yogurt this way is that not only is it low calories but adapts to freezing better than frozen yogurt made with cream. In terms of a healthy snack, adding fruit like kiwi to the mix is a definite must. 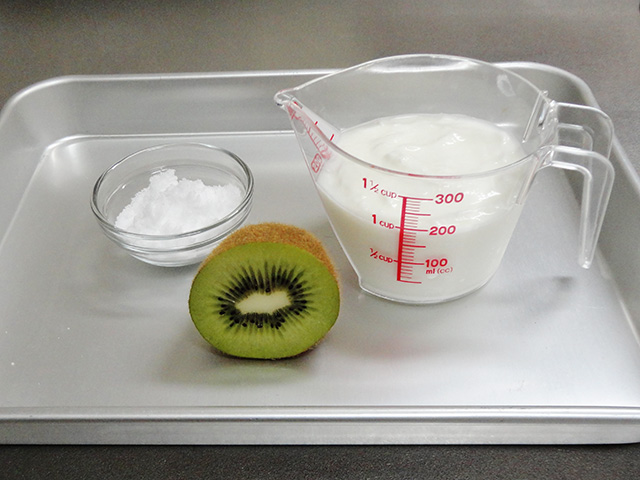 How to Make Frozen Yogurt with Kiwi

Note that this recipe is easily adaptable to make frozen yogurt using other fruits than kiwi. Mix it up using flavors to satisfy even your inner taste. 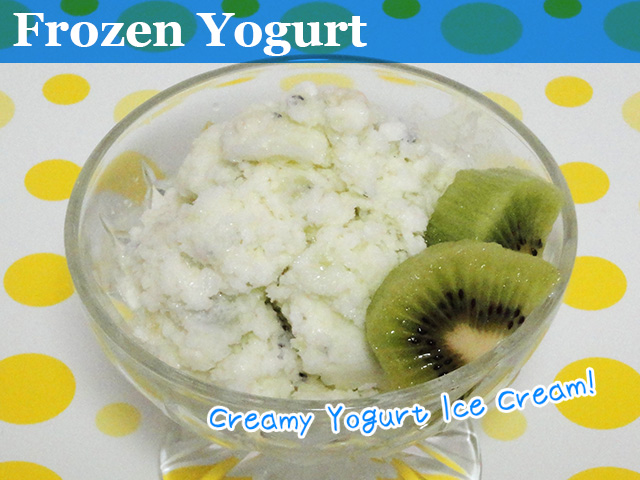 Cream made from milk fat has 840 Calories per cup, while milk is about 130 Calories a cup. Frozen yogurt is usually made by adding cream to milk; however buy not using milk or cream you can hold back on the calories and enjoy bowl of frozen yogurt without thinking about how you are going to burn off the calories later.

Using jam in place of fruit is okay too!

By using jam instead of fruit you can make frozen yogurt without having to add sugar still keeping the calories down to a minimum. Making frozen yogurt this way also results in a consistent freeze that is advantageous if you don't want chunks showing up in your desert.

In this case it is important that you add less sugar when using jam. Adding both, sugar and jam, increases the calories in your frozen yogurt that could put you over your limit.

Yogurt is used more and more in popular smoothie recipes recently. Of course you've got fruit smoothies and green smoothies for people who need to eat more veggies. On days when you run out of fruity ideas, adding yogurt to the mix is recommended.

Combining blueberries that despite being a fruit have loads of dietary fiber and bananas that well... fit the occasion just write for a fruit smoothie that is so smooth that you wouldn't even know that it was made with yogurt. 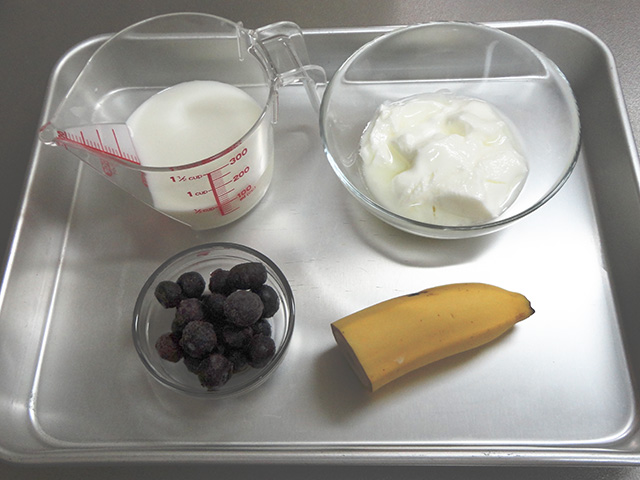 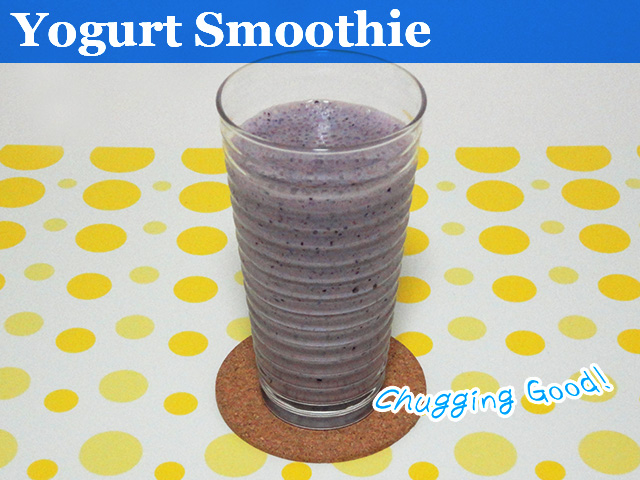 Even though there was no sugar added, the blend between sweet fruit pins down the sourness of yogurt making a great snack that gives you the cool you need on those hot days.

Make the Perfect Side Dish with Salt Yogurt: Impress

When looking for way of preserving food and add seasoning salted yogurt combines salt to hold down on the sour taste that yogurt has. This is just right for people who have trouble with plain old yogurt. You would be surprised how just adding salt can change ones perspective.

However, there is one are you need to be careful with that is adding too much salt! Overdoing it can lead to salty yogurt making it awfully easy to eat too much salt. That is why it is important to add just enough to bring out a little bit extra flavor without affecting the original taste of yogurt.

How you make it is just by adding a pinch of salt to yogurt. Where adding salt instead of sugar and jam is advantageous is that it allows you to hold pack on the calories, something dieters know is important when choosing what to snack on. For people just looking to try it out, avoid eating too much salt.

In Japan seasoning a side dish plays an important role in home cooking. Not only are there people eating it as desert but you will also find it used a lot in seasoning, an alternative to pickling.

The Japanese art of pickling is what is known as Tsukemono. As you've already noticed Tsukemono sounds like the Kimonos you would see Geisha wearing on TV. That's it! Simply put Tsukemono is a Kimono for your food! Here is a recipe using yogurt in seasoning vegetables that would make an excellent side for the meat dish you are dying to make.

Ingredients for salted yogurt side dish 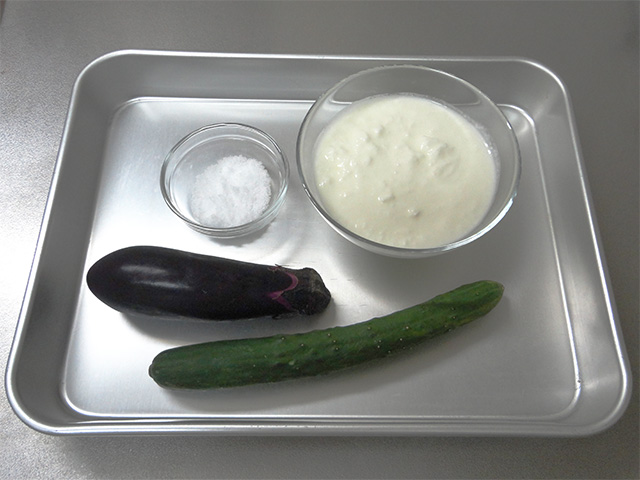 Yogurt That Is Hot? – Hot Yogurt for a Relaxing Feel

I know what you are thinking… Hot yogurt that sounds gross. If you think this way you are not the alone. Spite the fact that people would rather have their yogurt served cold, in countries that eat a considerable amount of yogurt, drinking a cup of hot yogurt is not something you should be surprised about.

On Days You Need an Alternative to Black Coffee: Hot Yogurt (74 Calories / Serving)

(Precaution) Overheating can have an adverse effect on the flavor of your yogurt drink so experiment with different heating times to find the time that brings out the best flavor possible. 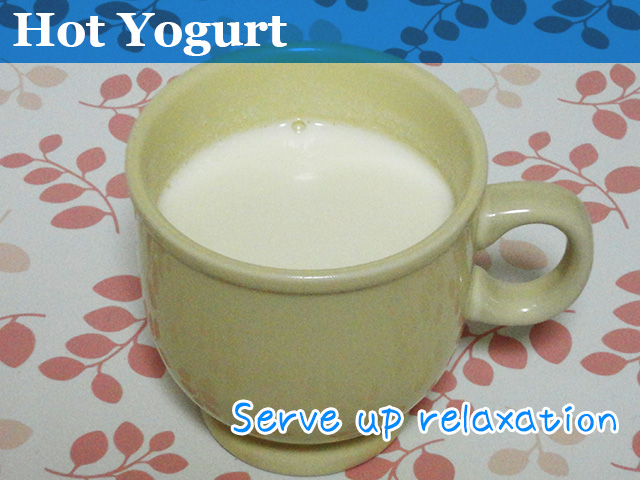 Don't forget to think about the calories in honey, sugar, and jam!

Posts Related to 5 Yogurt Recipes: Easy To Make Healthy Snacks in Minutes That We Thought You Would Like: Staff Picked Interesting Articles Worth Reading

Start your day of keeping your diet in mind with a healthy bowl of plain yogurt and skim milk that does the body good. Yogurt for breakfast diet plan.

Want to make a smoothie, but don’t know where to get started? That’s okay because the smoothie recipes featured in this article are for beginners and intermediate mixers alike.

For weight loss there is no more natural solution than dieting on probiotic yogurt. Roundup of simple to follow diet plans, health products, and tasty recipes.